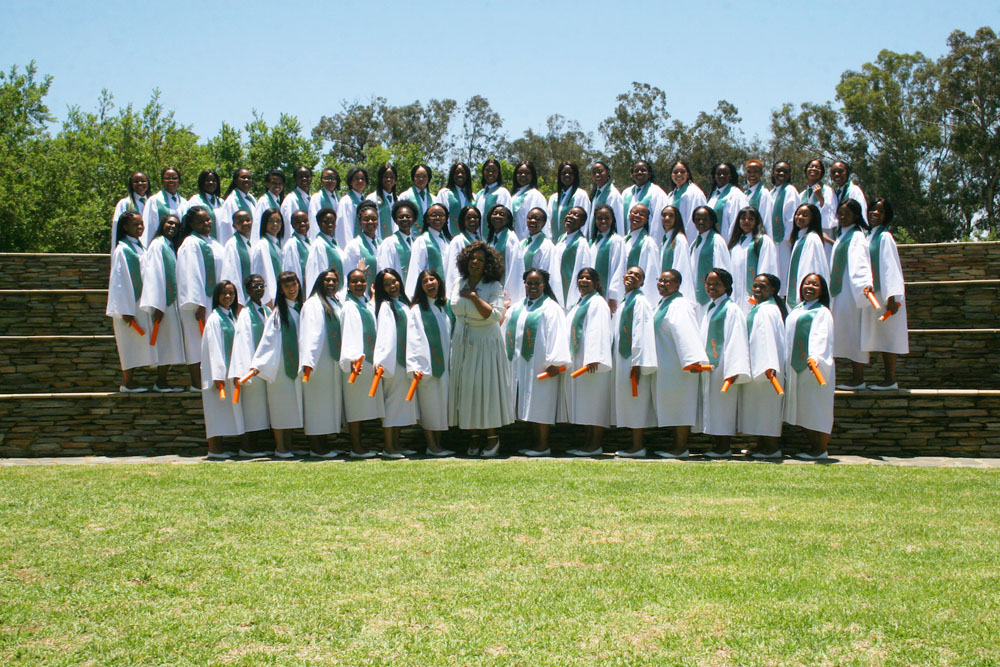 Friday, 4 January 2019 – The 2018 graduating class of the Oprah Winfrey Leadership Academy for Girls (OWLAG) achieved a 100% matric pass rate, completing the National Senior Certificate under the Independent Examinations Board (IEB), and earned a higher average than national IEB statistics.

The class of 2018, known as the Orions, was comprised of 58 students and graduated with a combined total of 148 outstanding achievement distinctions, scoring above 80%. Across 16 out of 18 subjects (excluding Life Orientation) OWLAG students achieved averages above the national IEB average, with 5 subjects achieving an average of 80% or above. In addition to this, the Academy has yet again achieved 100% Bachelor’s Degree passes which allows every girl an entry to Degree studies at a university across South Africa. This marks the seventh consecutive year that OWLAG matrics have achieved both a 100% pass rate and 100% Bachelor’s Degree passes.

“We congratulate the stellar Orions on their brilliant academic achievements and encourage them towards the experiences that await them. They are bright, powerful and resilient young women who we are confident will go on to become future leaders in their universities, jobs, communities and country,” says Rebecca Sykes, President of the Oprah Winfrey Leadership Academy Foundation (OWLAF).

While each of the Orions achieved excellent results, the Academy’s top two academic achievers, Nicolle Naidoo and Anele Satsha, attained a combined 13 distinctions.

Nicolle Naidoo is OWLAG’s 2018 top student, receiving distinctions for seven subjects. Nicolle, who was the recipient of the Dux Scholar award at OWLAG’s recent graduation ceremony, received distinctions in English HL; Afrikaans FAL; Economics; Information Technology; Life Orientation; Mathematics and Physical Sciences. She is also recognised for being in the top 1% of all IEB candidates for Life Orientation. Nicolle’s passion for Science, Technology, Engineering and Mathematics (STEM) subjects has led her to seek a degree in Biomedical Engineering at the University of the Witwatersrand (WITS) and be part of closing the gender gap in this field. She says that “the ultimate goal is to give back and to share joy and kindness”.

Anele Satsha received six distinctions in English HL; Economics; History; IsiZulu FAL; Life Orientation and Life Sciences. Anele is interested in studying Philosophy, Politics and Economics, is passionate about economics. A focus of her studies will be on how economics works differently in various countries for development.

Born from a pledge by Oprah Winfrey to former president Nelson Mandela, OWLAG is committed to providing a rigorous yet supportive education system that encourages high standards of academic achievement, service leadership and provides cultural enrichment for girls who show outstanding promise, despite their disadvantaged backgrounds. As of 2018, over 430 OWLAG graduates have attended colleges and universities around the world, with 17 of those girls graduating from U.S. colleges and universities.

OWLAF, which funds and provides mentorship for the graduates of OWLAG as they enter university, will continue to support the 2018 graduates as they embark on their tertiary education a across South Africa. “We are extremely proud of the 2018 OWLAG matrics. They have worked extremely hard and are proof that when given the resources and support, it is possible to reach your potential. We look forward to seeing how these young women will change the world”, concluded Sykes.

The post Thank you Oprah! appeared first on The Home Of Great South African News.