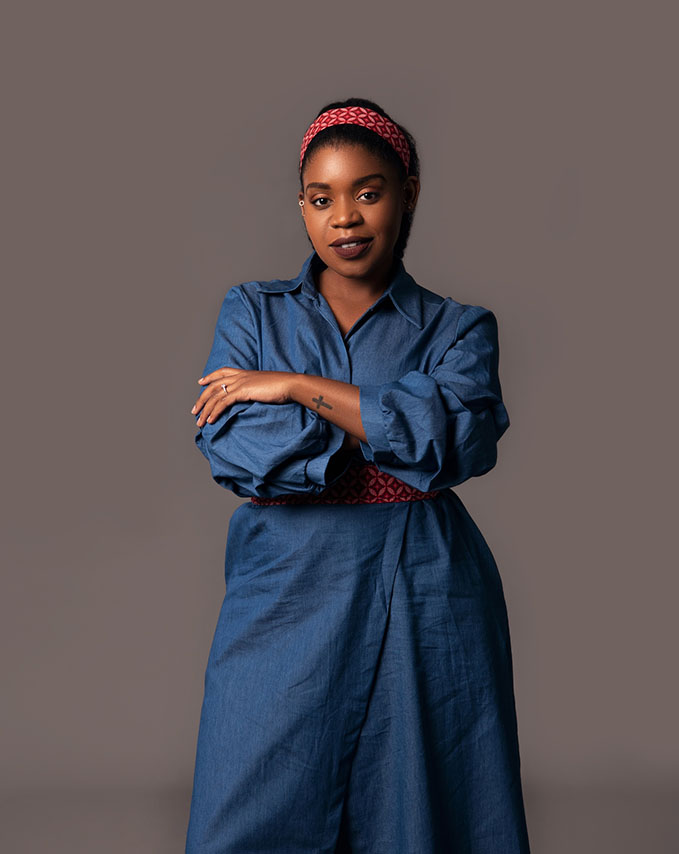 This past Women’s Month, Momentum ran a campaign titled#SheOwnsHerSuccess which focused on conversations around women shattering barriers in their respective fields and sharing their success with other women. This is after research found that women in positions of success were not comfortable with sharing and celebrating their success whilst their male counterparts, comfortably owned their accomplishments and were often seen as performing better. This often-placed women at a place of disadvantage when it came to negotiating career growth or relationships.

A visual essay and podcast was captured to tell the stories of selected trailblazers dubbed “Womentum Tribe”, a pool of prominent women raising the bar in their respective fields ranging from a female football referee to a female scientist.

Thato Moagi, Managing Director of Legae La Banareng farms in Modimolle, Limpopo forms part of the “Womentum Tribe”. She is the first South African to receive the acclaimed Nuffield Agricultural Scholarship in 2017.

“The #SheOwnsHerSuccess campaign is an inspiring platform presented by Momentum. Not only can I share my own successes, but I had the opportunity to meet other powerful and meaningful women who have unique and engaging success stories.

Private sectors should encourage and keep on developing platforms that engage with women in order for women to not only communicate with each other on their successes but to show other women and the next generation that it is possible to work and live your dreams”, said Moagi.

“All we need are examples to make a change and help other women believe that it is possible to be independent and succeed in your own right. This will assist women believe that they have a significant role to play in the economic landscape of our country.”, she concluded.

Thato believes that women should always strive to follow their passion and has committed herself to assisting women in finding innovative ways of growing within the farming industry.

The post #SheOwnsHerSuccess appeared first on The Home Of Great South African News.