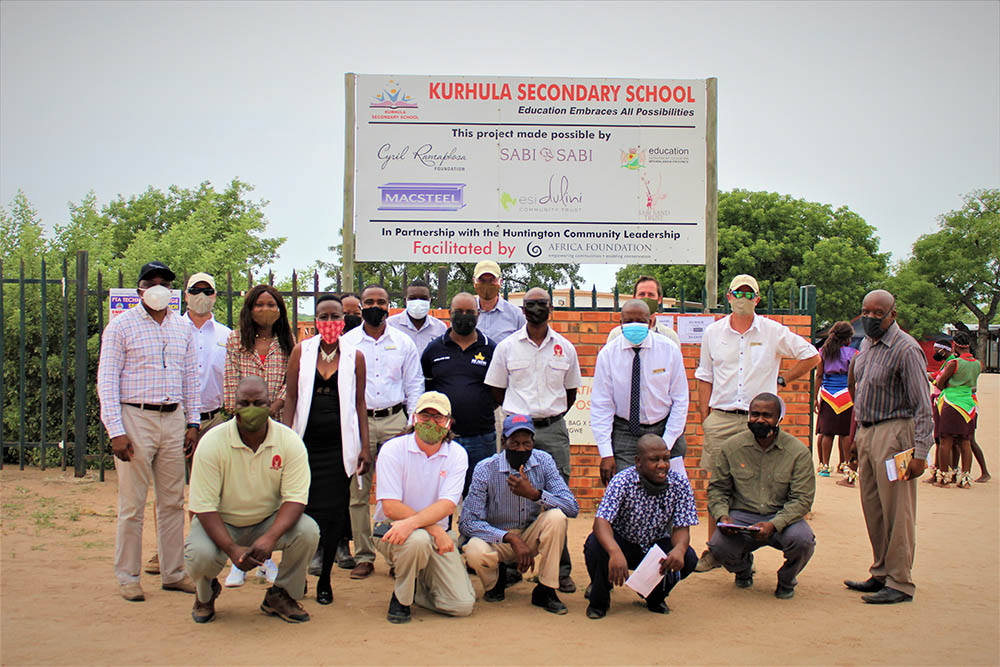 Despite facing immense challenges, the Kurhula Secondary School, nestled in the heart of the Huntington Community Trust was successfully launched.

The Huntington Community Trust was beaming with ululation and sounds of joy as the Sabi Sand Pfunanani Trust, Africa Foundation and andBeyond arrived at the Kurhula Secondary School for its official launch and handover to the community and Department of Education on the 18th November 2020.

“The rise of Kurhula Secondary School is a heartfelt journey that we are all a part of. The school opened its doors to pioneer scholars in January 2016. On the very first day, there were no doors to open; the scholars were taught under the trees scattered around the school sports ground,” – said a passionate Principal G.B Ndlovu.

The pioneer scholars consisted of Grade 8 to 10 learners, with a count of 256 enrolled learners and nine educators. The Department of Education, then supplied mobile classrooms to accommodate the initial six classes. The school continued to battle all the odds against them, as they lacked basic resources to teach these eager learners; however, they soldiered on. In 2017 the enrollment grew to 275 learners with ten educators. In 2018 there were 358 learners with 12 teachers. Year after year, excellent academic achievements were recorded until the pioneer Grade 12 class of 2018 successfully completed their academic year with a resounding achievement of 80% pass rate. In 2019 the school achieved 88.8% pass rate. 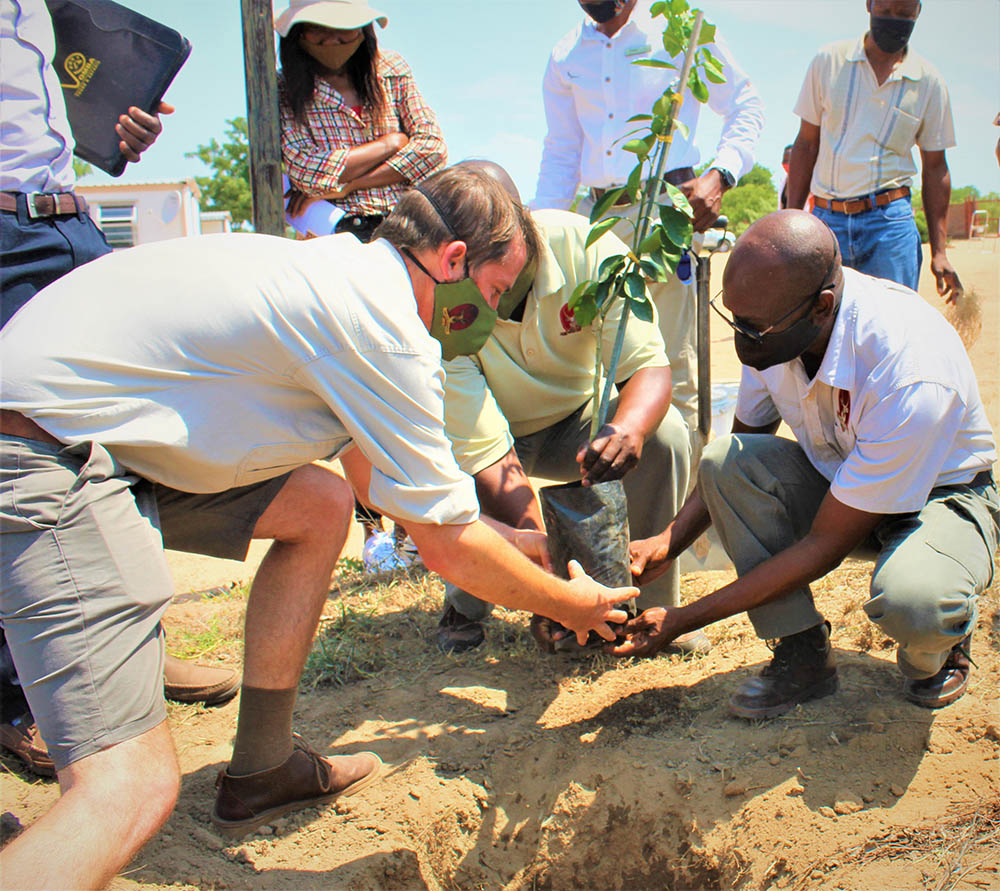 The launch signified the partnership between donors, who have played an immense role in ensuring that the school becomes fully established. “I was approached by the leaders from Huntington Community Trust, and they requested assistance to set up a formal school in the community. At a time they had not identified the site, or what it would be called. . However, with adequate guidance and diligence, they pressed on and ensured that we would be able to play our own role as Africa Foundation,” said Mr. Lotus Khoza (Regional Manager of Africa Foundation).

The launch was attended by key delegates, including the CEO Sabi Sand Wildtuin/ Pfunannai Trust, Mr. Oscar Mthimkhulu who emphasised the need to “continue working together, building appropriate infrastructure that would actively benefit the future generations from the Huntington community”; the CEO of Africa Foundation, Dr. Andrew Venter, “I am honoured to be standing here today and witnessing such a monumental day. We are all here today, not because of the donations, the leadership or community roles we play – we are here because of these young scholars who are our future. We are here today because of them, and we will continue being here to witness them grow to be our future leaders that the country needs.”

Amongst the delegates, we were also fortunate to have representatives from the Department of Education, Kurhula Secondary School School Governing Board, the Huntington community leadership, the Jongilanga Traditional Authority along with media representatives.

“We are privileged to be joining into the journey of this school and are looking forward to seeing it rise beyond all our expectations. I was here and witnessed the challenges in 2018, but nobody lost hope. We are here today and proud of this school and its accomplishments,”- said an ecstatic Mr. Brendan Streak the andBeyong Regional Manager, South African Lowveld.