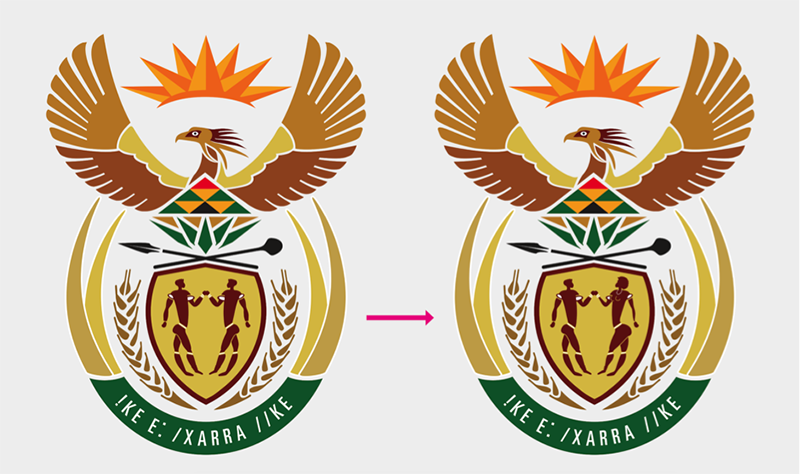 In celebration of Women’s Day 2020 and in response to the harsh realities faced by the women of South Africa, Newzroom Afrika joined forces with prominent voices from across the country in calling for a change to our national coat of arms.

With the launch of the campaign and petition on Sunday, 9 August 2020, those involved have put their voices behind the effort to enact real change for women in our society, challenging President Cyril Ramaphosa to address the lack of inclusivity in our national symbol and to make the change to recognise women and the role they play.

Present on all official documents from birth to death, he coat of arms is the national symbol of our country, on all only bears the image of two men. The campaign seeks to replace the two men in a symbolic gesture that will move South Africa forward in a deep and meaningful manner, depicting one man and one woman.

“Women’s Day and Women’s Month provide a unique opportunity to shine light on this lack of inclusivity, and to ask South African’s to stop and reflect on the role of women in our country, given the many issues we still face as a nation, including extreme levels of gender-based violence, inequalities in the workplace, and pay parity,” says Katy Katopodis, News Director of Newzroom Afrika.

“As we mark Women’s Month, we felt that we needed to do something far more meaningful, and the answer was a simple one and was staring all of us in the face. We see this as a small change, with massive impact – where we truly respond to how women are represented both consciously and unconsciously,” she says.

Newzroom Afrika is committed to positive and meaningful change and is calling on all South Africans and all political, business and religious leaders, to peak up with us, and sign up at https://room405.tv/changeforher/ in support of this powerful message.

The post Prominent Voices in SA Call for Change to Our Coat of Arms appeared first on The Home Of Great South African News.