New Zealand won the Final with a clinical performance against the United States on Sunday.

The 21-5 victory handed the Yanks their fourth loss in four Finals in the 2018/19 World Series.

The United States, despite having lost all four finals this season, are level on points with New Zealand at the top of the overall standings.

This is New Zealand’s second win of the season after their triumph in Dubai in November.

England finished third for the first time this season after beating Fiji 19-17, with Apenisa Cakaubalavu scoring a hat-trick in vain. Fiji trailed 19-0 when Cakaubalavu’s quickfire double made for a nervy finish, but his third score came after the full-time hooter.

South Africa beat Australia 12-10 in a brutal rematch of the Pool D match to finish fifth in Sydney. It was an aggressive game throughout, with plenty of full-blooded tackles, but it was won in the final seconds by Kyle Brown, dotting down in the corner. 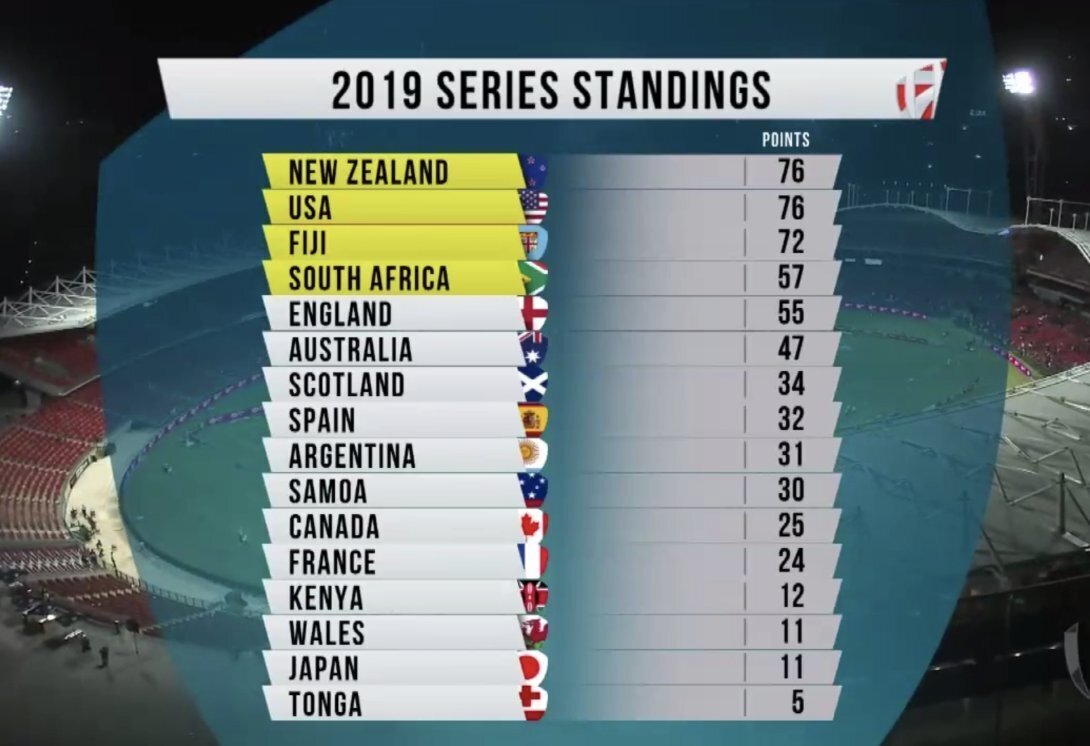 New Zealand was ruthless throughout the final, striking first and refusing to let go.

Vilimoni Koroi played an effortlessly magical offload to Regan Ware on the left wing and his side took the lead.

After his side displayed some resolute defending, Sam Dickson doubled the lead on the stroke of half time, New Zealand capitalising on a collision between the United States’s Folau Niua and Danny Barrett.

Tone Ng Shiu put the result out of reach with a stunning dummy, selling Barrett to run clear.

Brett Thompson gave his United States side hope with a score of his own, but it was too little, too late, and New Zealand claimed the trophy.

New Zealand captain Sione Molia said: “It’s awesome and takes us one step closer to our goal which is to win the World Series.

“We stuck to what we knew best and just executed it.”

Player of the Final Dickson said: “I thought there were guys who played better. My team-mates deserve all the credit – Sione Molia and Regan Ware and especially all the boys that got injured this weekend and last week who played a huge part.

“I’m just stoked we could win it after disappointing Hamilton where we lost in the semis. We’ve put a lot of emphasis on culture and we pride ourselves on our whole squad, players dig deep and everyone is stepping up when people get injured.” 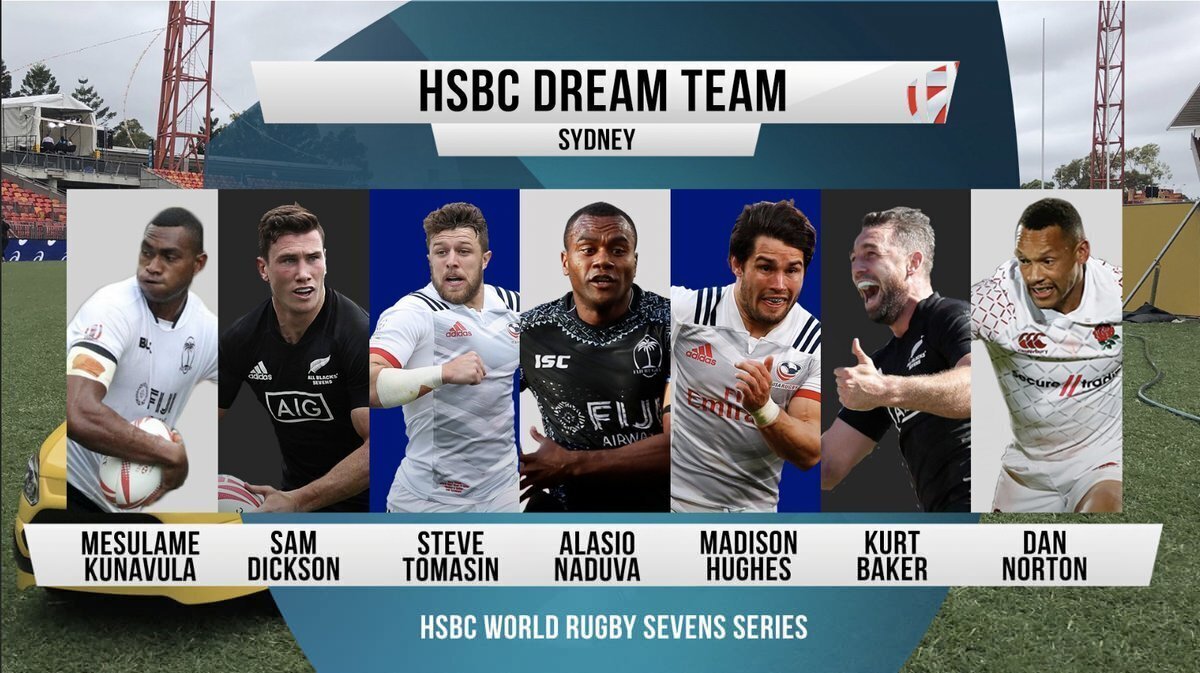 England got off to a flying start and spent the first two minutes in complete control. Harry Glover produced the perfect offload twice and shifted the ball right to Tom Bowen, who put it down in the corner.

Tom Mitchell then found Bowen on the wing, where he slid past Alasio Naduva with ease as England took a 12-0 lead into the break.

England went 19-0 op, as Phil Burgess made up half the field before finally being brought down by Jerry Tuwai. But England kept coming, Will Muir picking up the pieces and two Fijian defenders could not stop him grounding the try.

Jerry Tuwai was the architect for the first Fijian try and Apenisa Cakaubalavu put the ball down in the corner – with just over three minutes to play. England went down to six men with Charlton Kerr carded for an intentional knock-down.

Selvyn Davids opened the scoring for the BlitzBoks. He took a quick penalty and barely changed his line as he broke from inside his own half. Nick Malouf produced a power play to set up Australia’s first try. Stedman Gans was taken out and Australia regained possession. They kept pushing forward and John Porch finally crossed the whitewash.

Nick Malouf scored the try to get Australia ahead – another powerful move, just forcing his way past Selvyn Davids.

A great try-saving tackle from Brandon Quinn brought down Siviwe Soyizwapi, but South Africa recycled and Kyle Brown put the ball down to secure the win for South Africa. 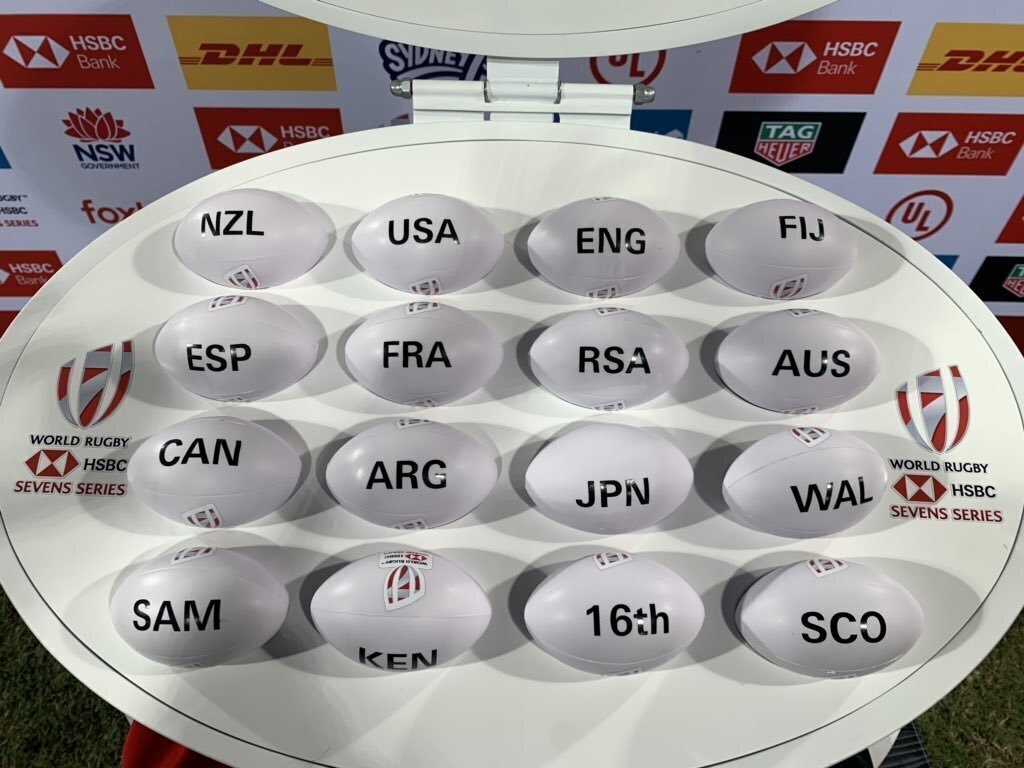