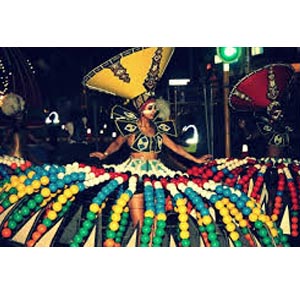 This year’s theme is “Incredible Journey: Sounds of South Africa” which will showcase the music, dance and art of our country and how it connects us as a nation to our past, future, our country and each other.

“It is a perfect opportunity; especially considering the day’s national importance, to recognise, honour and celebrate the diversity of our people and the richness of our collective cultures. The Cape Town Carnival is a colour and sound spectacle of magnificent floats, costumed performers, dancers and community groups, all who have been preparing for months to show what they are most proud of,” says Jay Douwes, Chief Executive Officer of the Cape Town Carnival.

Since its founding in 2010, the Cape Town Carnival has built up a following locally and abroad. In March last year, the annual event attracted 51 000 people, with people coming from all walks of life, areas and communities. The free-to-watch public spectacle is preceded by a year-round community-driven performance-group programme rolled out across the Cape metropole. The organisation is also home to a workshop of marvels in Maitland, which is where the float-building, metalwork, costume design, pattern-making and garment manufacturing takes place for the event.

About the Cape Town Carnival

The Cape Town Carnival, held annually in March, is a street parade that showcases and celebrates the diversity of Cape Town and South Africa. For several hours on a late-summer evening, more than 50 energetic and talented community performance groups, spectacular floats, giant puppets and extravagant costumed performers bring the Green Point Fan Walk alive, while thousands of spectators from all over the world converge along the 1.2km parade route.